Stardock released SoundPackager 1.0 after a beta period with Object Desktop members. SoundPackager makes customizing your sound experience in Windows easy. It works by allowing users to download and distribute packages of sound schemes and apply them to their system. Users could also easily create their own packages, and share them with other users on WinCustomize.

The v1.3 update for SoundPackager was released with support for Windows 7. In addition to OS support, SoundPackager received a number of other updates to make the experience of using SoundPackager much easier. More sound packages were also included with this release. 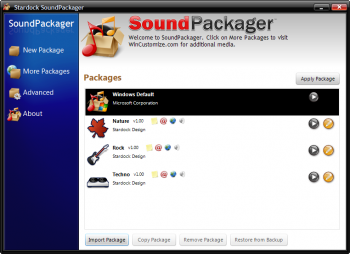 Stardock released the next-generation version of its Windows sound scheme manager, SoundPackager 10. This new version adds cloud access to thousands of different sounds, along with a number of all-new sound packages designed to give Windows users additional choices in how their PC sounds. Users can also create their own sound packages to share with others via an in-app editor. 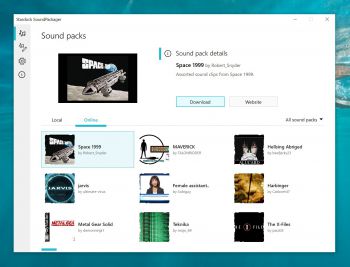