SkinStudio 1.0 was released in 2000 and was designed to work with WindowBlinds 1.x to create skins for people to use. With SkinStudio, users design their own title bars, push buttons, Start bars, scroll bars, and virtually every other part of the Windows interface. Users then take their creations and save them as a WindowBlinds skin which will work on Windows 98, ME, and 2000. 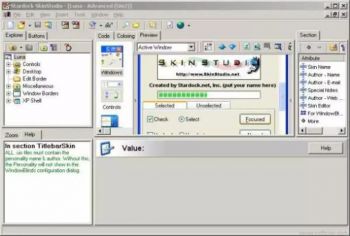 SkinStudio v3 was released with a much more enhanced user interface. It allows users to work on multiple visual styles at once, can change the color of GUI elements on the fly, and has a much easier and cleaner user interface to make it easier to use. SkinStudio v3 also supports all the new features in WindowBlinds 4.

SkinStudio v4 was released in December of 2003. Version 4 introduces a new skinning format called the Universal Skin Format (USF). Users/skinners can import skins into USF from, for instance, .msstyles, and export them to other formats such as WindowBlinds and Windows Media Player. 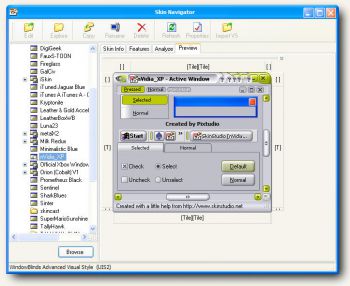 SkinStudio v5 was released and supported all the native features of the new WindowBlinds 5 including per-pixel alpha blended title bars, animations, and more.

SkinStudio v6 was released and was designed to make skinning easier. SkinStudio 6 will fill in graphics in either Aero (on Vista) or Luna (on Windows XP). This allows new skinners to worry about changing just the parts they want and grow from there as they gain expertise. 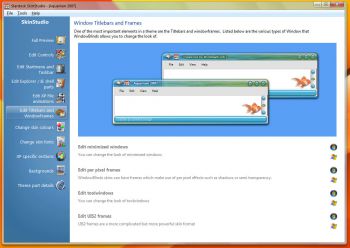 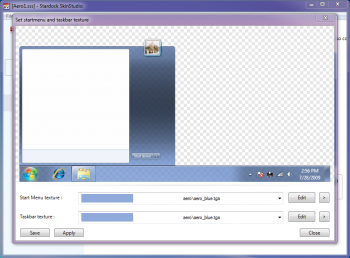 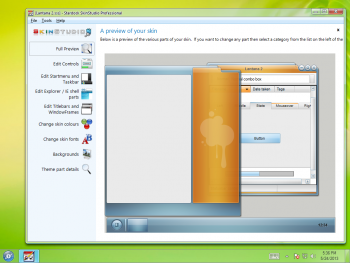 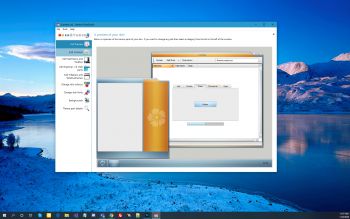