Stardock announced the availability of ShadowFX, its new Windows 8 desktop customization utility. ShadowFX enables users to add distinctive drop shadows to the windows of Microsoft's Windows 8 user interface. ShadowFX immediately personalizes the user experience by offering a choice of standard or colored drop shadows that add dimension and visual separation to the desktop. 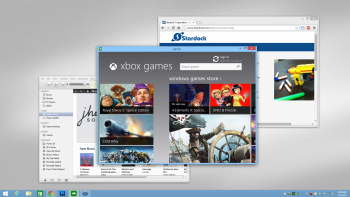 ShadowFX was also updated in 2015 with support for Windows 10.

ShadowFX v1.2 was released and lets you add your choice of grey or colored drop shadow styles to both active and inactive windows. Creating your own shadows with custom colors and sizes will make them stand out even more, making it easy for you to find the window you need quickly.

v1.2 also came with two new shadows (Modern and Surround) and lets you automatically use the Windows accent color. 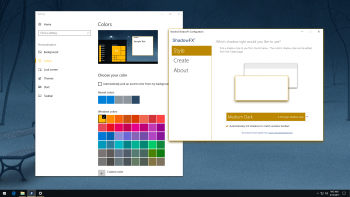