ObjectDock 1.0 was released in November of 2003 as a freeware program by Stardock. ObjectDock is an application that combines program launching and task management into a single "dock" that does it with style. ObjectDock allows for dock items to react in many different ways to mouse overs and supports "Docklets" which can add new functionality to the dock.

Stardock introduced ObjectDock Plus. This was a separate app based on ObjectDock, but also included features such as tabs, taskbar grouping, system tray (with each item fully skinnable), multiple docks, multiple monitor support, elegant edge hugging, and more. 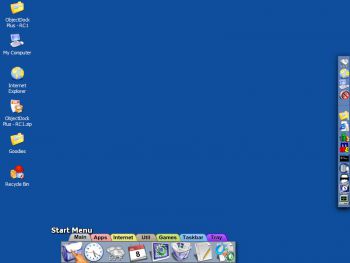 The ObjectDock 1.5 update was a significant upgrade. Some new features included Windows Vista compatibility, a new image searching feature, .DockZip support, a new algorithm for zoom docks, drag and drop support for items on docks, tabbed docks rotate automatically when docking them with a screen edge if necessary, a host of mouse-over activation features, and more. 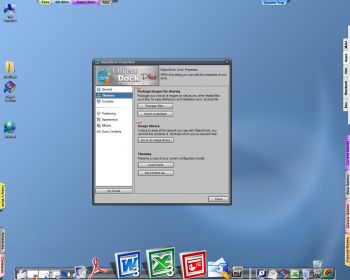 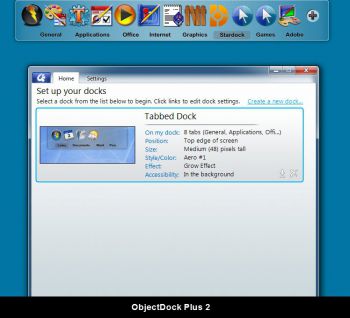