Multiplicity 1.0 is first released in February of 2005. Multiplicity is a program that enables users to control multiple local computers with a single keyboard and mouse.

Multiplicity came in a standard and pro version with additional features. 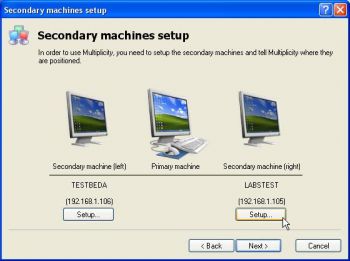 Version 1.1 of Multiplicity was released and it added support for the new Windows Vista releases, and support for monitor placement above and below the primary machine. 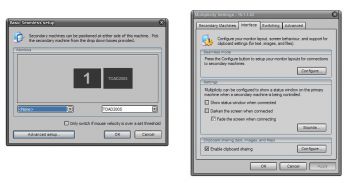 Multiplicity has had several updates to the 1.x versions leading up to the next major release of Multiplicity 2.0.

New in v2.0 was the ability to send keyboard input to all computers simultaneously, data transfer with no file size limitations, AES-256 encryption, and centralization of multiple PC audio to one set of PC speakers.

Multiplicity 2.0 was introduced with a free version limited to controlling 2 PCs, and a paid upgrade allowing up to 9 PCs along with other features. 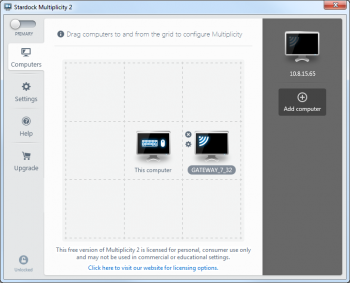 Multiplicity 3 is the next major version and was released on the Edgerunner store. Edgerunner was a Stardock division that focused on publishing utility software solutions.

Multiplicity v3 adds true KVM support. The new KVM capabilities allow users to view up to nine PCs’ displays as active thumbnails on a single monitor, switch between them using a mouse click or hotkeys, and control them all with a single keyboard and mouse. Users can lock or unlock all the connected PCs with a single command, and drag-and-drop files or copy/paste text and images across connected PCs as if they were a single machine. Multiplicity v3 also adds support for touch displays, integrating Windows 8 systems seamlessly with older Windows releases. 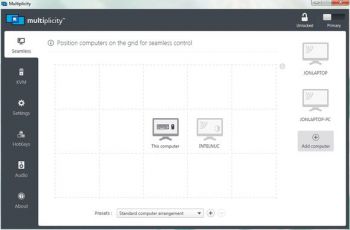 Multiplicity launches on the Steam platform. 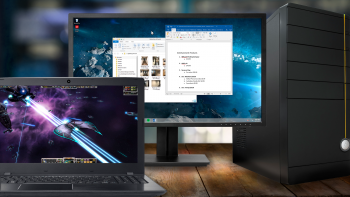 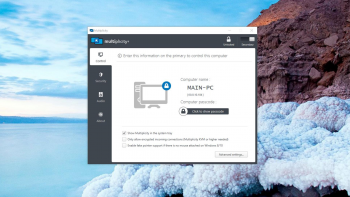