While other icon editing programs come with their own built in editors, IconDeveloper assumes that people making icons are going to either make their images in Photoshop or take an existing image (PNG, JPG, etc.) to turn into an icon. As a result it only takes a few steps to take a graphic file and turn it into an icon -- with all common icon sizes/formats created automatically. 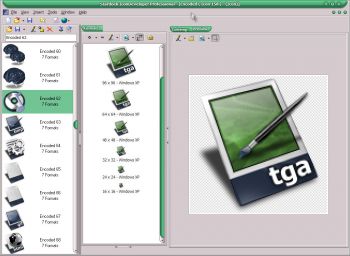 IconDeveloper 1.2 was released and brought support for IconPackager 3 files, the ability to work with .gif files, and other various improvements. IconDeveloper was freeware with the option to purchase an enhanced version with additional features. It was also part of the Object Desktop suite of desktop enhancements. 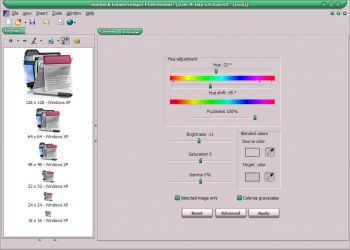 IconDeveloper 2.0 was made available and was a complete rewrite of the application. Designed to make manipulating batches of icons a snap, IconDeveloper 2 can turn PNGs and other types of files into icons easily as well as take existing icons and make them Vista-ready. 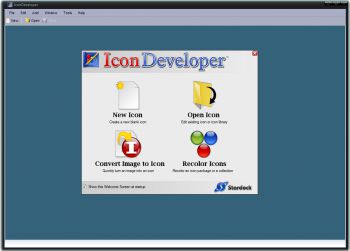