Version 1 released and rose to immediate popularity with over 1 million downloads on CNET's Download.com before the end of the year. Above, you can see the customized window frames and menu bars, and, if you can say you happened to use version 1, you probably feel a little old right now. 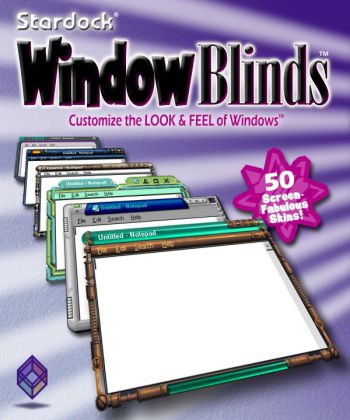 Designed with Windows XP in mind, Version 3 was the first version that could skin every part of the Windows GUI. This version took advantage of the new API framework at the time and made its skins "native" to Windows XP. WindowBlinds 3 loaded a "skin" from the disk and then applied the skin to the Windows GUI. With it, users could customize title bars, borders, push buttons, radio buttons, combo boxes, scrollbars, status bars, properties dialogs, tab controls, header controls, list boxes, and pretty much every other element. 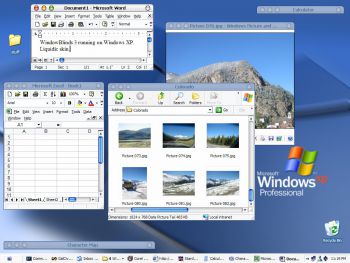 Version 4 was designed almost entirely with Windows XP in mind. WindowBlinds 4 skinned virtually every aspect of the Windows GUI, including things that were previously thought to be unskinnable like logon/logoff dialogues, the "please wait" dialogue, backgrounds in the Control Panel, and more. 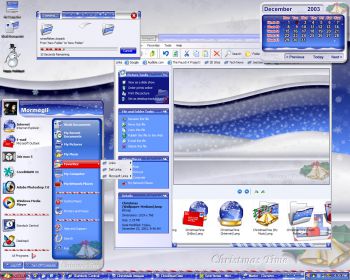 WindowBlinds 5 was designed to support per-pixel alpha blending, toolbar button changing, progress animation improvements, animated per-pixel Start menus, title bars, and tons more. When Version 5 released, WindowBlinds was the most popular desktop-enhancement utility of all time, according to CNET's Download.com. We had over 8 million users worldwide and had passed the 9 million downloads mark. 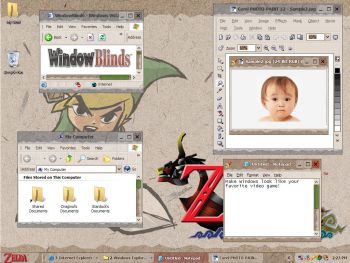 WindowBlinds 6 added the ability to apply effects like Gaussian blurs to skins in real-time. The new configuration was, perhaps, the biggest change. This version of WindowBlinds also added advanced animation support for skins, which allowed our user base to do some pretty wild things. 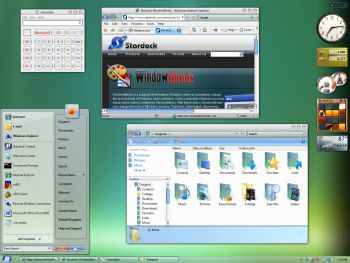 I'm told this was a coincidence and not at all intended, but WindowBlinds 7 happened to be ready just in time for the arrival of Windows 7. In this version, we introduced a new type of skinning format called UIS0, which allowed users to just modify the existing Aero skin. This made WindowBlinds a lot more popular for people who liked Aero, but wanted a bit nicer look and feel to it.

WindowBlinds 7 included a new configuration program that made it easy to access the new features of the program, like adding textures to existing skins. 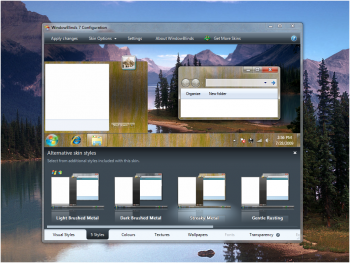 Version 8 was mostly about getting WindowBlinds to work on Windows 8. This version worked on Windows 7 also, and included SkinStudio for free, which would allow users to design their own skins. SkinStudio made it easy for inexperienced users to create a great skin quickly, while advanced users could still enjoy designing every aspect of the windows interface. 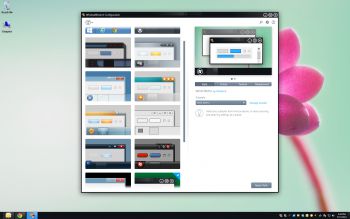 Because I was trying to be as thorough as possible with this recap for WindowBlinds, I spent entirely too long last night digging for the history of Version 9.

Except, there is no Version 9. We skipped 9 and went straight to 10, like Windows. Don't ask me why the number 9 seems to get no love, I couldn't tell you.

We needed to make sure we had a product that was fully compatible with Windows 10, and of course it came with a shiny new UI and plenty of never-before-seen skins that offered a broader customization experience for our users.

WindowBlinds 10 still has plenty of customization options - far more than ever before - so that you can tweak your desktop down to the most minute of details. 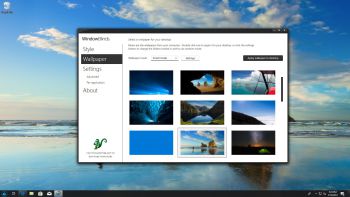