Stardock officially releases Groupy after a beta period with Object Desktop members. Groupy was designed to help Windows users organize their open desktop windows. It lets you treat all your windows the same way you are now used to treating browser windows -- put them them together with each window given its own tab.

Groupy was announced and released before Microsfot made an announcement they were working on a similar feature for Windows called Sets. Sets was never released and Groupy has continued to bring this useful feature to Windows users. 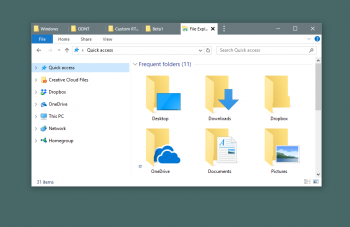 The Groupy v1.1 update was released and included the ability to save groups. This was a highly requested feature in our community forums and now users can easily create groups and launch them at a later time.

Once a group is created, you can quickly switch between different windows with a simple hot-key or by clicking on the tab. Groupy can also automatically add launched programs into an existing tab group. For example, if you open a new Explorer window or a new Office document, you can have that window instantly become a tab in an existing group. 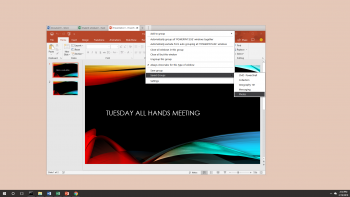 Groupy is updated with small improvements and fixes often, but version 1.2 was the next significant update. Groupy v1.2 brings an updated UI and lets you add a delay before grouping your windows together in order to give you more control. Groupy v1.3 was also released later in the year and focused on improvements, language support, and more. 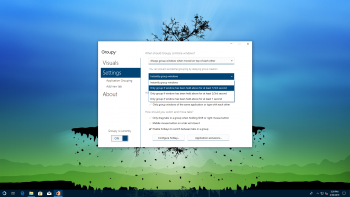 Groupy continues to be updated with several new features with feedback from our awesome community. This update focused on creating a great overall experience when using Groupy, including support for the new Curtains app from Stardock. 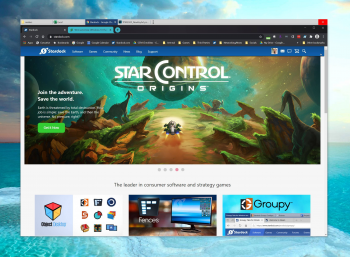