Microsoft contracted Stardock to work with them on an animated wallpaper feature for Windows Vista Ultimate. The feature went on to be called Windows DreamScene which plays video content as animated wallpaper.

Our design team created the default computer generated wallpapers that come with Windows DreamScene. Our development team created a program called Stardock DeskScapes which extends Windows DreamScene to support the new .DREAM format which supports dynamic content (instead of video, generated dynamically) as well as support for triggers and author credit. 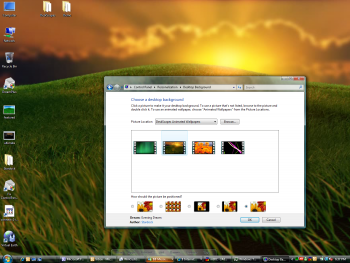 DeskScapes 2.0 is released after being in preview for Object Desktop members. DeskScapes allows users to display video as well as dynamic content to all users on the Windows Vista desktop.

What makes DeskScapes special is the ability to make use of the Desktop Window Manager (DWM) in Windows Vista to enable animated wallpaper to run on the video card instead of the CPU. As a result, animated wallpaper can use virtually no CPU. Even video-based wallpaper only uses the CPU needed to decode the video files. 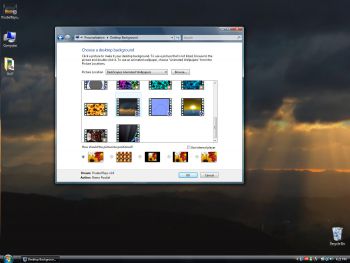 DeskScapes 3 is released with support for Windows 7. DeskScapes 3 also included a new configuration interface that lets users easily mix and match between different types of wallpaper. Natively, DeskScapes supports its own popular DREAM format which lets users use video or dynamically generated animated wallpaper. Version 3 extends this format to support what are called “Hybrid dreams” that let users mix and match static images and animation designed to provide easy to create animated wallpaper that are also practical and visually exciting. 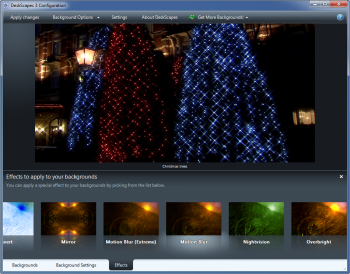 DeskScapes 8 would continue to be updated with improvements and new features until the next major version. 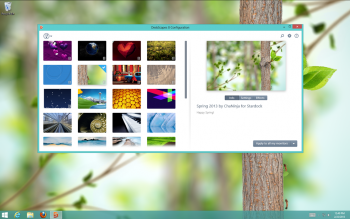 DeskScapes 10 is released with several big updates from previous versions. One of which is full integration with the WinCustomize library so you can seamlessly download new animated wallpapers from within the application. A new desktop background manager, light and dark theme support, new effects, and additional hardware accelerated decoding is also in this version. 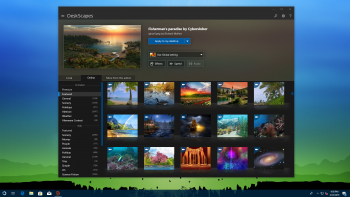 DeskScapes 11 went into beta for Object Desktop members in May, followed by a public beta a couple of months after. DeskScapes 11 was also released on Steam. 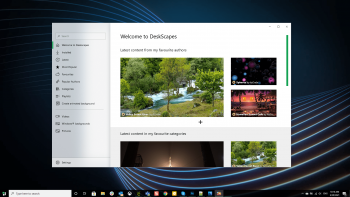