CursorXP was released in 2001 and was the predecessor to CursorFX. It allowed Windows XP and Windows 2000 users to easily change their mouse cursors to something much cooler and more customizable. CursorXP also had a Plus version at the time which added several more advanced features such as color changing, sizing, and more. 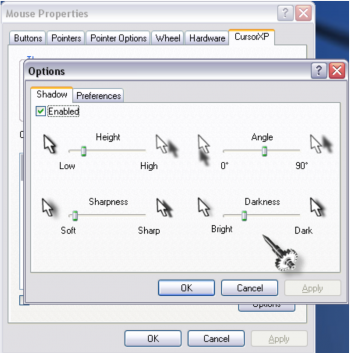 CursorXP v1.31 was released in 2005 and supported 64-bit Windows along with various other improvements. 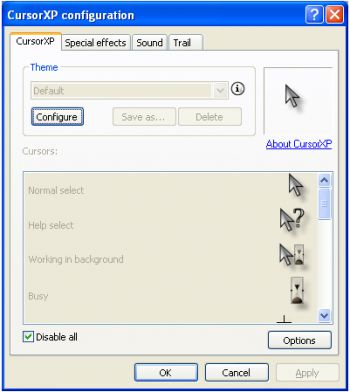 CursorFX 2.0 was released in 2008 and was the replacement for CursorXP which only ran on Windows XP systems. CursorFX runs on both Windows Vista and XP, and updates the Windows mouse cursor engine to support fluid animations, alpha blending, effects, real-time shadowing, user-action mouse states, mouse cursor resizing on the fly, color changing, trails, and much more. 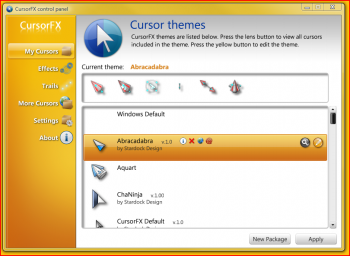 CursorFX 4 was released in 2020 and was also added to the Object Desktop suite of desktop enhancements. The new version of CursorFX adds support for Windows 10 and high DPI monitors, several new cursor packs, and more. 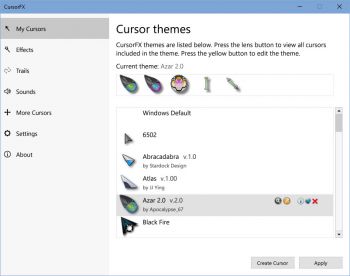